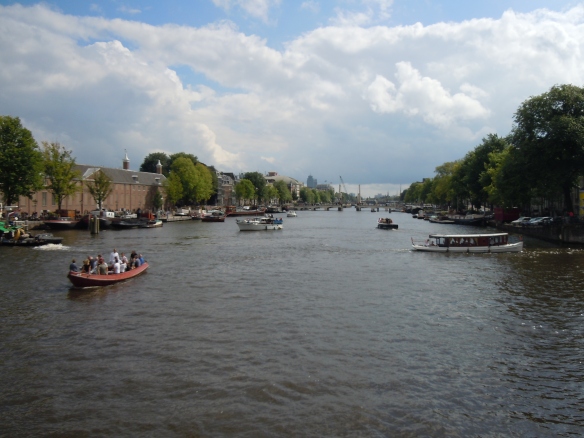 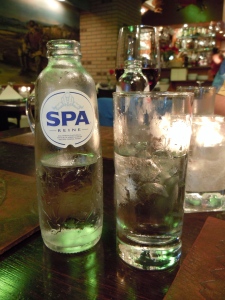 First stop in our museum crawl: The Hermitage Amsterdam. Apparently a branch of the Hermitage in Russia, started from Catherine the Great’s art collection (I know, you totally wanted a history lesson right now) – kinda interesting. They had a lovely impressionist exhibit that took you through the whole progression of the style. I, of course, got yelled at for taking pictures, but well and good all the same.

While at the Hermitage Amsterdam seeing the impressionist exhibit, I saw a flash of red out of the corner of my eye. I turned and saw a girl about 9 years old wearing a Santa Cruz Junior Lifeguards sweatshirt – in Amsterdam no less! We got talking to the dad, an apparently they’re here from Santa Cruz after visiting some family in Sweden. We told them I used to do Jr. guards too, and they got a laugh out of it. What are the odds? 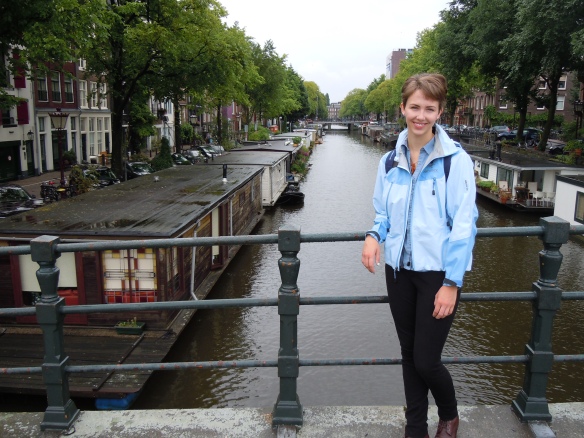 House boats on the canal

Then to this small museum down the street maintained as a 17th century canal house. It was originally given to the city in the 1800s when the owner died. It was huge inside! I am still having trouble seeing a facade maybe 5m wide and then going inside to find this huge house – where is all the room?? I’m convinced the Dutch have figured out wormholes and aren’t telling us.

I dragged my dad to the Museum of Bags and Purses (I know, I’m cruel). Believe it or not, it was actually really interesting. The bags women had in the 17th-18th century! And these little boxes for coin and mints. I want some. 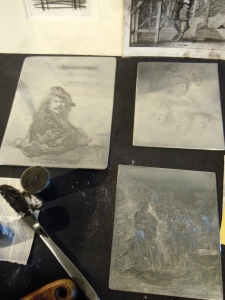 And finally to the classic Rembrandt House, where Rembrandt lived before he went bankrupt (for spending so goddamn much on a house when he was a measly artist. Silly). The staircase was like a ladder spiraling up the house. One thing these Dutch have trouble with: stairs. Going down I’m scared for my life. Rembrandt’s etchings were particularly impressive – we even got to see one made. He etched them all in copper with tiny little lines. I don’t even.

Hopped on one of the canal boats for a tour around the city. Since the staircases are so skinny, it’s really hard to get big things like

They have shwarma even in Amsterdam!

furniture into the house. So since the 17th century or so, all the houses have had big hoisting hooks at the top to bring stuff in through the big windows – and they still add them to new buildings! Pretty darn useful.

Dinner at an Argentinian restaurant. There were leather placemats and everything. The couple across from us had this shared meat entree – there was probably several pounds of meat in this thing. And they ate all of it! I would have barely made it halfway. Impressive. 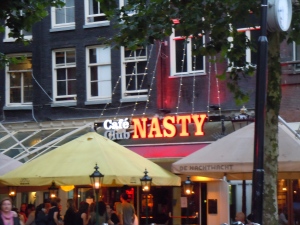