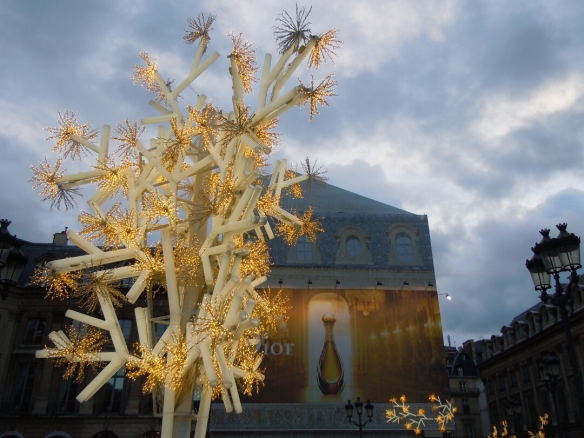 All good things must come to and end, and because Cara and I had once thought it was the best idea ever to try and visit four cities in 10 days, once Tuesday rolled around, we had to part with beautiful Barcelona. Although I’m not sure I would ever live in Barcelona, the city had so much character and culture – there’s no other place like it on earth. But Paris ain’t too shabby either! 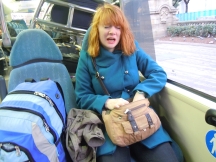 After our flight and a half-hour train into the city, we left the Gare du Nord Station and had no idea where to go. Me writing the directions to the hostel down wrong didn’t help either. But we found it (after some pacing up and down the street), dropped off our stuff, and went out to see Paris! We only had a day and a half, so we were determined to be productive.

We stumbled upon the Sacré-Cœur Basilica without even realizing it, saw a great view of the city, and tried to see some other sights before it got dark. We soon realized that Paris is exponentially larger than the other cities we (or just I) had been in. Or maybe it’s the same size, but everything is so spread out! There isn’t a convenient Old Town like Edinburgh, or a tidy canal belt like Amsterdam, or even a messy and practically un-navigable Gothic Quarter like Barcelona. That’s why we made the mistake that night of trying to walk to the Eiffel Tower. In the rain. We made it! It was beautiful! We walked through Paris in the rain! And we sure learned how the metro works on the way back. 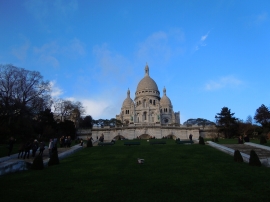 I’ll admit, when we walked through the gardens outside the Louvre and I caught my first sight of the Louvre pyramid through the trees, my heart actually skipped a beat. I may have even gotten a little teary-eyed. For some reason, when I was about 6 years old and learned what (and where) the Louvre was, I decided that one of my lifelong dreams was to go there. Maybe it’s because I decided it was the epitome of culture (kind of unlikely for a six year old, but whatever), or maybe it just sounded really awesome. But either way, seeing that pyramid that night, it hit me that I was actually fulfilling a personal lifelong dream. One of those moments where you start to question if this is real or not, and then you realize it actually is! It’s not often that happens, and I cherished the moment.

The next day we took a classic low-key walking tour with LA-native Arnaud (pronounced Ar-NO, as he informed us), explored the Christmas market, walked (again through the rain) to the Arc de Triomph, had crepes and French fries (HA), saw Monet’s Water Lilies, saw good ol’ Mona, copied some choice statues, and had drinks across the street from the Moulin Rouge. I told you we were productive.

The water lilies were stunning – I didn’t even realize they were in Paris! Everyone will say they love Monet, but there really is something to be said about being surrounded by a whole room of them. And of course, the Louvre (which we got into for free at EU students WOO) was wonderful. Looking for Mona, we stumbled upon the Winged Victory at the top of a grand staircase, and I almost lost it (my Mother has talked enough about it for me know how cool it is). Mona was.. Mona. We decided her knowing smirk is actually pretty bitchy. And.. we copied quite a few statues. We couldn’t help it!

Paris was a whirlwind day and a half, and it was a blast. I won’t say it was my favorite city – everyone was just about as rude as their reputation – but I’m really glad I went. At least now I know what the hype is all about!

Of course Paris has the classiest decorations

Coo at the Louvre!

Mona laughing at us all